At CeBIT, Japan showcased itself as partner to the trade fair and thus clearly documented its leading position in the high-tech sector. And of course, AMADA was also there as a leading technology provider.

One country, 6,852 islands, 127 million inhabitants: Japan is a country of enormous natural and cultural diversity: whether it is the Japanese cherry blossom in spring, the famed Mount Fuji or the history-steeped temples. At the same time, the Pacific nation is renowned as a driver of innovation and a pioneer in the fields of technology, science and digitization. The Land of the Rising Sun invests billions in research and development. As visitors to this year’s CeBIT, one of the world’s largest and most important trade fairs for digital and technological advances, were able to see for themselves. Taking on the role of official partner country, Japan’s leading companies exhibited innovative next-generation technologies, products and services in the Japanese pavilion (Halls 4 and 12) – giving the world an insight into the future. One of the most exciting exhibitors in Hall 12 was AMADA, which is taking a decisive step toward Industry 4.0 with its Smart Factory concept. Visitors were able to experience flexible robot automation in the form of an EG-6013AR and gain an impression of top-quality digitally networked sheet metal working. With a total of 118 Japanese companies being represented, CeBIT provided a platform for international discussion between nations – at the technological, economic and cultural levels. 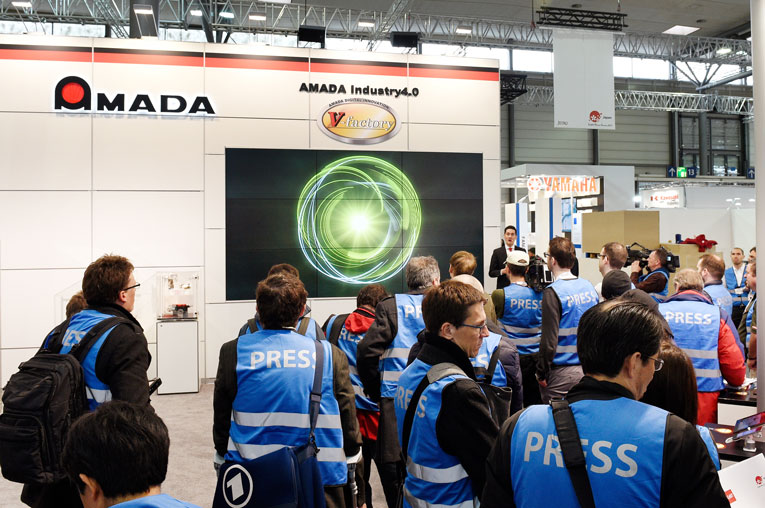 Back in 2011, Germany and Japan celebrated the 150th anniversary of their very first diplomatic relations. Nowadays, the island nation is one of Germany’s most important trading partners in the Asian region. Japan also shares fundamental values with the European Union. The annual summit meetings between the two areas, which have been taking place since 1991, seek for solutions to issues such as climate change, the global economy and support for developing countries. For Japan, the EU plays a leading role in bringing about peace and prosperity within the international community. With the introduction of the EU-Japan “Fest” in 1993, there is also now a regular cultural exchange between Japan and the year’s European Capital of Culture. The nations are faced with similar challenges in terms of their future power supply and digitization. Working together, Japan and the European states, and Germany in particular, are conducting research into forward-looking fields such as the environment, materials and social sciences, as well as in robotics-related areas, which were also a focus of interest at CeBIT 2017.