Based in Mosbach, Germany, KWM Karl Weisshaar Ing. GmbH provides an excellent example of how small batch sizes, in particular, can be produced faster and more economically. A good six months ago, the company commissioned its new AMADA HG-2204 ATC press brake with automatic tool changer – and was able to cut its tool setup times by half.

Where in the past, the press tools, which can weigh up to thirty kilos, had to be fetched manually from the shelves, balanced on a truck and then heaved onto the press brake, all there is now silence. All that can be heard is a gentle humming as the dies and punches are moved in the twinkling of an eye from the magazine into the press as if by magic. 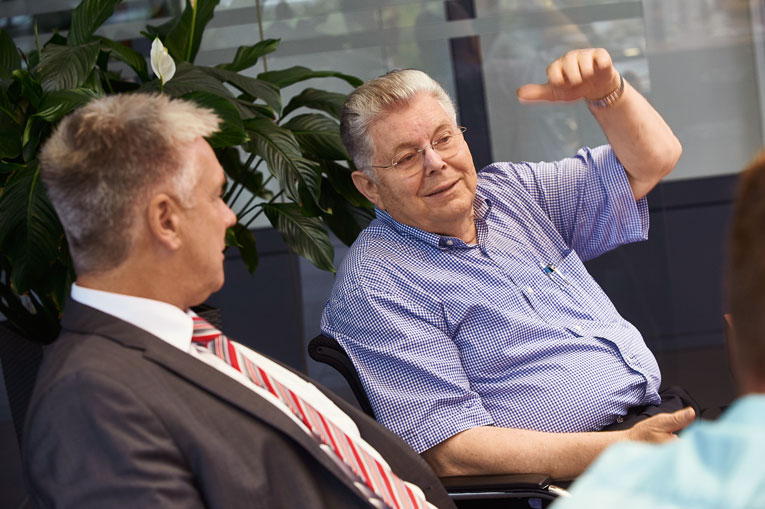 This process is part of the AMADA HG-2204 ATC press brake with automatic tool changer which has been in use for over six months at the Mosbach-based KWM Karl Weisshaar Ing. GmbH. The company, which was founded in 1979, now has over 500 employees, is one of the largest suppliers in the sheet metal working and machining sectors and produces components for the printing press, automotive and foodstuffs industries, as well as for railway vehicle manufacturers, mechanical engineering companies and businesses active in the medical engineering and clean room technology sectors. “The new system is especially well suited for small runs,” says Karl Weisshaar, speaking on behalf of the company’s Managing Board. “Once a component has been programmed, it can be produced again at any time at the touch of a button. The automatic tool changer ensures completely accurate tool positioning and guarantees outstanding reproducibility.” And at the AMADA HG-2204 ATC press, all of this is possible in record time: “Thanks to the automatic tool changer, the average retooling time has been cut from the previous 15 to 20 minutes to approximately three to five minutes, irrespective of the tool configuration,” explains Holger Guddat, Assistant to the Managing Board. “This makes it possible to cut the setup times for each product part by up to 60 percent compared to the manual press brake.” A further benefit lies in the significantly reduced strain on the employees, who no longer have to laboriously equip the system with the heavy tools by hand but can instead perform the task at the simple touch of a button thanks to the automatic tool changer (ATC). “This also eliminates the risk of damage, for example when removing or installing the tools,” continues Thomas Leutz, Supervisor of the Bending Department. “And all the tools (upper and lower tools), which have an impressive overall total length of 34 meters, are safely stored out of harm’s way in the ATC itself.” 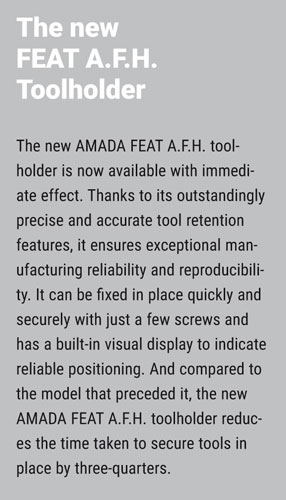 At the same time, the new system can also be used to produce much more complex components than were possible in the past as well as complete assemblies, because the new HG-2204 ATC possesses a 4,000 millimeter beam length and a press force of 2,200 kN. “Across the available length of four meters, it is possible, in particular, to accommodate a large number of tool stations in order to permit the fast, economical production of demanding components with differing material thicknesses,” explains AMADA Sales Executive, Herbert Nowak. KWM Karl Weisshaar Ing. GmbH is currently using the new machine to manufacture carrier plates and claddings for rail vehicles, as well as complex assemblies for the mechanical engineering and beverages industries, in the 1 to 50-unit runs that are typical of the company’s activities.

Top quality at the touch of a button

What form does a typical production workflow take? The operator uses the operating panel to access the stored component programs and then presses a button to select the required manufacturing configuration. The automatic tool changer then works autonomously to take all the required lower and upper tools from the magazine and place them in the press in the tool position computed by the software. The machine is now fully tooled and ready to start production. Thanks to this process, every component is manufactured precisely and 100-percent reproducibly – irrespective of the time that elapses between the individual manufacturing runs. This means: Even the first component of a restarted series is produced in flawless top quality without any need for readjustments or detailed adaptations at the tool or the machine.

Trust that goes back decades 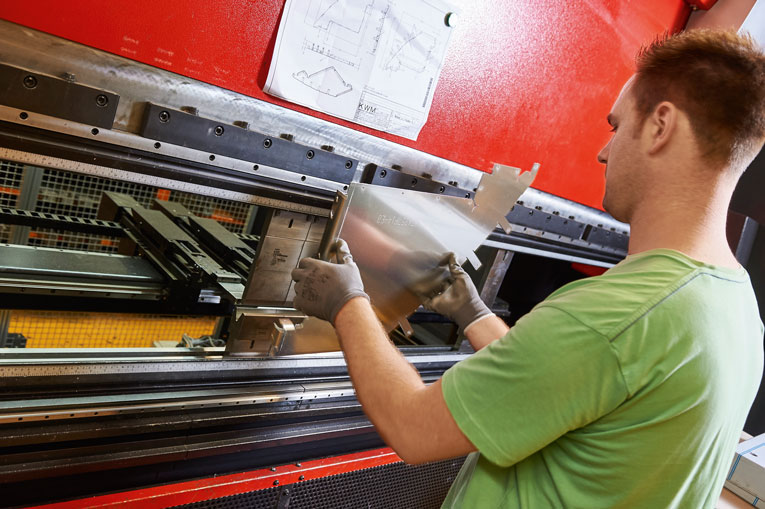 Thanks to the new AMADA HG-2204 ATC press brake, it has been possible to reduce setup times for each product part by up to 60 percent.

And Weisshaar GmbH has been able to rely on this exceptionally high production quality for many years. More precisely since 1986, when it purchased its first press brake in the form of an RG-2512. Currently, a total of 18 AMADA systems are in use at the Mosbach site. “One of the outstanding hallmarks of AMADA is that every machine permanently and reliably meets the very highest quality standards. That has always been so in the past and this experience has been confirmed again one hundred percent by our new press brake,” confirms Weisshaar. And if once in a while – which very rarely occurs – there is a malfunction or problem at a machine then the long-standing, close partnership between the two companies means that a remedy can be found without delay. Leutz: “We are in direct contact with AMADA via its hotline and service department and can get immediate help and support. The same is true whenever we need substitute or spare parts. The fact that these are delivered to us with no loss of time helps us minimize downtimes. A service agreement that is excellent value for money.”

Overall, after over half a year’s operation, the new machine has more than proven its worth. The increases in productivity speak for themselves, as does the elimination of the strenuous work once performed by the employees. And from a purely economical viewpoint, the value for money represented by the new system was a telling argument from the very beginning. “That is why we have made a firm decision to purchase at least two more AMADA presses from this series in the next two to three years,” states Weisshaar, describing the company’s future intentions. “Ultimately, the market is increasingly demanding smaller batch sizes that have to be manufactured quickly, flexibly and economically. AMADA’s systems are the perfect way for us meet these requirements.”